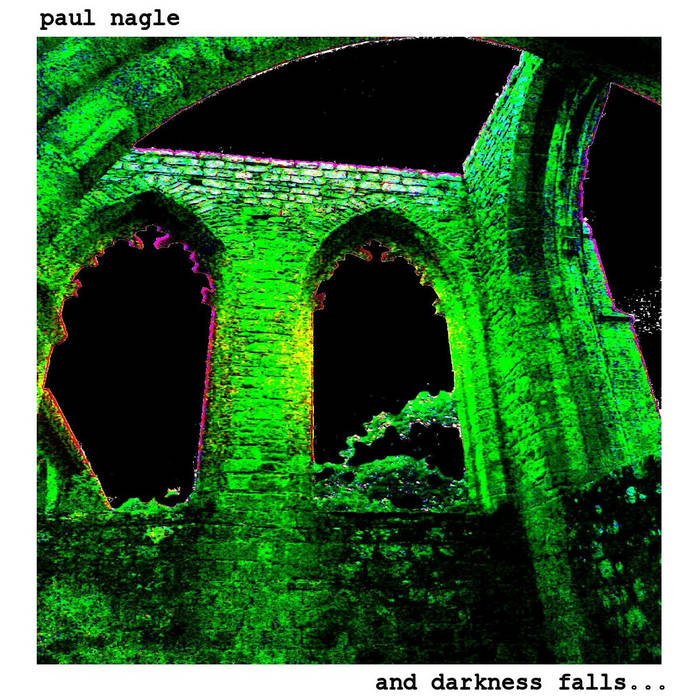 Rory Dow Cracking collection of studio tomfoolery. The first track is a fine example that the art of sampling is alive and well. Favorite track: Institutionalised.

This album began with a single track, Contamination, that I made for a Conrad Schnitzler tribute album that never happened. I enjoyed making it so much that I thought I might do more and gradually this happened. I'd dearly like to think that Conrad might have enjoyed it - he was a true pioneer of sonic exploration and a major influence for me.
It's in marked contrast to the previous album Twilight - not one of my best titles as everyone seemed to assume it was about those insipid teenage romance-soaked vampire films. It wasn't. Where Twilight was "in the box", Darkness is most definitely out of it, using a lot of my old analogue gear and celebrating, rather than being scared of, the noise, hiss and hum that comes with it. It's dirty and it's lo-fi, whether using old stuff or modern gear like the Elektron Octatrack and analogues such as the Vermona Perfourmer mk2. Regardless, the star of the album has to be my Synthi AKS.

If you wish to make a CD, here are the track overlaps I find optimum

Dedicated to Conrad Schnitzler and Louis and Bebe Barron.

Paul has been writing and performing electronic music since around 1977-78, influenced mainly by German musicians such as Roedelius and Schnitzler and bands such as Tangerine Dream, Cluster and Future Sound Of London.

He writes reviews for Sound on Sound magazine and juggles this with creating music for TV, film and games and writing rather wacky novels. ... more

Bandcamp Daily  your guide to the world of Bandcamp